a change is just around the corner 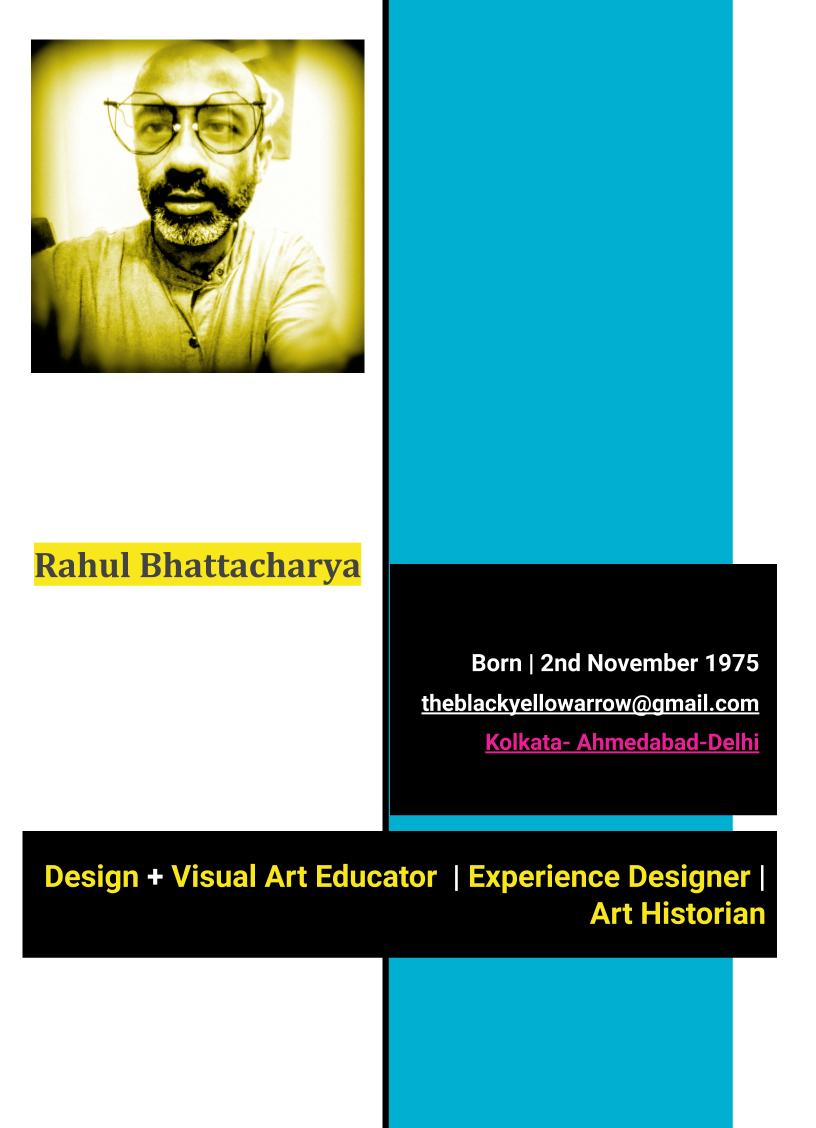 Rahul Bhattacharya is an educationist, art historian, and experience designer. He is currently an Associate Professor at the School of Communication Design, Unitedworld Institute of Design. Rahul has been engaged in making/curating curriculum for new courses in interdisciplinary design. He was the coordinator and curated the workshops of Ahmedabad Design Week 2020 and is a part of the Cumulus Association working group New Eating Habits, as well as a key member of the Cumulus + IxDA led PRE Days India network.

Over the years, he has been pursuing independent writing, pursuing exhibition design, creating art education spaces, and large scale public art projects.  He was the Managing Editor of Art & Deal Magazine and the founding Conveyor MATI (Management of Art Treasures of India).  Since 2014 he is a part of the NINE Schools of Art collective working towards developing workshop-based teaching methods for art and visual theory. He has written extensively various journals and publications and maintains his blog http://theblackyellowarrow.blogspot.in/. 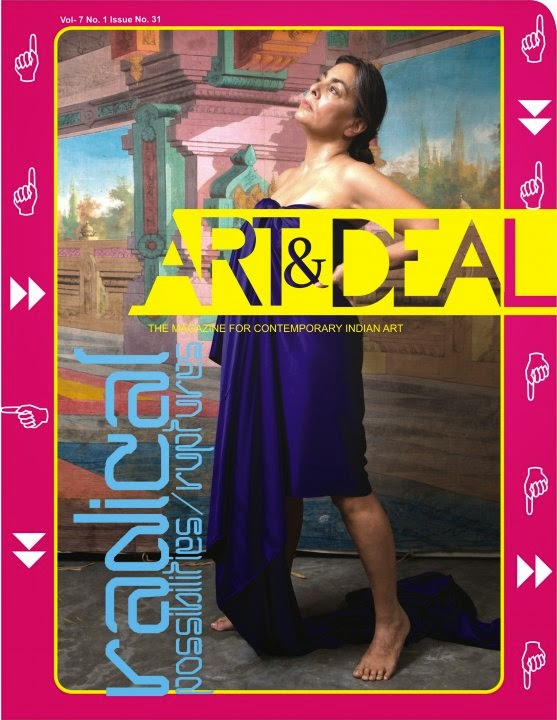 Conveyor MATI (Management of Art Treasures of India) , January 2013- June 2013. Was responsible for setting up the NGO, drawing its Charter and curating the nature of programming. Also looked after MATI fund raising show and was focused on building in financial sustainability within the programming structure.

May 2006- May 2007 : Managing Editor – mattersofart.com, India's first online art magazine. As the second managing editor, gave the website a conceptual positioning and an expanded writers base.

January 2006 – May 2006: ‘Critic in Residence’ at KHOJ International Artist’s organization

Member Board of Studies , Faculty of Fine Arts , M S University of Baroda

Member Board of Studies, School of Visual Arts, World University of Design

MVA Art History with specialization in Indian Sculpture and Architecture-2004

Working though notions of post contemporary ethics and aesthetics, Rahul Bhattacharya is a design educator, theorist and an independent art historian using curation, writing and workshops as principal tools of practice.
He is interested in abstraction, text, performance , painting , public and interaction. .
Likes to push the boundaries of low tech digital photography .
https://noplacetodie.blogspot.in/

Most read this Month